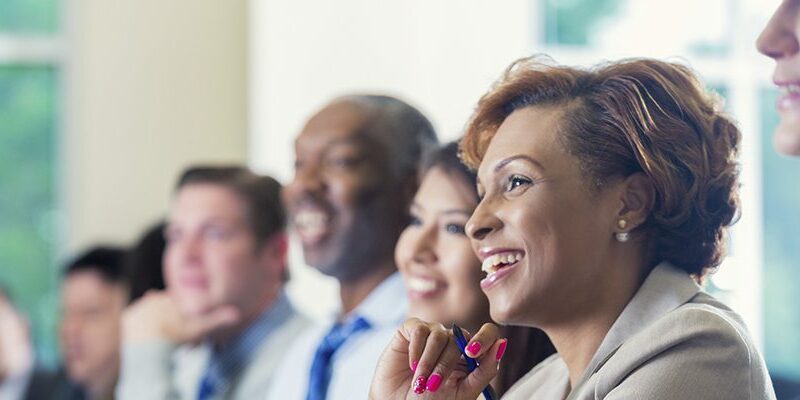 Among the many lessons from the fractious presidential election is the manifest need for a national dialogue on what it means to be a diverse, inclusive society. There are myriad threads and entry points to such a discussion, but it might start with our health care system. Despite decades of reports, the formation of organizations and conferences dedicated to diversity and access to quality health care remains out of reach for many minority populations.

A new report by the Brookings Institution, “Time for Justice: Tackling Race Inequalities in Health and Housing,” finds that when compared with whites, black patients are referred to see specialists less often, receive less appropriate preventive care, have fewer kidney and bone marrow transplants, receive fewer anti-retroviral drugs for HIV and get fewer prescriptions of antidepressants for diagnosed depression. They are also admitted less often than whites for similar complaints of chest pain.

The results of healthcare inequality include:

• Needless hospitalizations. A Centers for Disease Control and Prevention study estimated that if black Americans had the same adjusted rate of preventable hospitalizations as non-Hispanic whites from 2004 to 2007, the African-American population would have 430,000 fewer hospitalizations.

• Wasted resources. It is estimated that racial and ethnic disparities cost Americans $1.24 trillion between 2003 and 2006.

Unfortunately, the disparities may be getting worse. Health care reform, which expanded access to care for millions of the disadvantaged, is in serious jeopardy. In addition to ending Medicaid expansion and marketplace subsidies, President-elect Donald Trump’s picks to lead Health and Human Services and the Centers for Medicare and Medicaid Services have also taken issue with the provider-side reforms of the Affordable Care Act. Should those be jettisoned as well, it would mean the end of higher funding for community health centers as well as provisions aimed at increasing racial and ethnic diversity of primary care physicians and health professionals, improving the cultural competence of providers and establishing medical homes for Medicaid beneficiaries with chronic conditions.

The time has come for health care leaders to look more deeply at these issues, with a goal of change from within. This is both an issue of social justice and a business imperative. Our society continues to become more, not less, diverse. Minorities represented 32 percent of hospital patients in 2015, a survey conducted this year by the America Hospital Association, along with its Institute for Diversity in Health Management and Health Research & Educational Trust, found, up from 29 percent in 2011.

Joe Wilkins, an African-American who chairs the Governance Forum of the California Hospital Association and is a member of the AHA board, says: “Health care is transforming to being more focused around quality. And yet, how can you have quality if you don’t understand the community and the community’s needs? How can you have a positive patient experience if you have nobody on your staff who can relate to the patient? The ante to get into the game is to have diversity in your governance and leadership.”

Diversity in leadership and governance is the goal of The Leverage Network, an organization I co-founded and now lead. Our goal is to increase the representation of African-Americans in health care executive leadership, the boards of major health care organizations and in major health care contracting. We want to bring a hands-on, deliberate and intentional approach utilizing a proven model. That model is to prepare, position and promote networks of highly qualified African-American leaders to take on these executive, board and business opportunity roles.

We are not alone. Earlier this year the AHA, American College of Healthcare Executives, Association of American Medical Colleges, Catholic Health Association of the United States and America’s Essential Hospitals announced a goal of eliminating health care inequity. They sought to increase the collection of race, ethnicity and language preference data; increase cultural competency training for clinicians and support staff; and increase diversity in governance and management.

We all have our work cut out for us. According to that AHA survey, the percentage of minorities on boards in 2015 was 14 percent – the same as 2013. Few minorities were in executive leadership positions in 2015; they accounted for 11 percent of all health care executives, a 1 percentage point decrease from 2013. And quite a few of those minority executives held the position of chief diversity officer – not exactly a heartbeat away from CEO. Just 36 percent of hospital governing boards have set goals for diversity; only 31 percent have a documented plan to increase minority executives.

So what are the practical steps we can take to finally achieve true diversity? Lloyd Dean, president and CEO of Dignity Health, says health systems must establish cultures of accountability for diversity through ongoing, active recruiting and recommending of minorities for board positions, a process he likens to “building a community of experienced and seasoned candidates.” At Dignity, he started by working with his board to ensure diversity on all committees and the executive committee of the board, which includes the chair of the board. “You need people of color on the governance and nominating committee and the human resources committee, in fact on every committee there is,” Dean said during the inaugural meeting of The Leverage Network’s Healthcare Board Initiative in Las Vegas in October.

Dean has succeeded. A look at Dignity’s board and executive team today reveals the full kaleidoscope of color, gender and ethnicity.

Why is it so important to start at the top? That Brookings Institution report has part of the answer. It posits that unconscious race bias – also known as “implicit bias” – though different and less malicious than intentional racism, has equally harmful results. “Because implicit bias is subtle and hidden, it allows discrimination in health care to persist although explicit racism is no longer legal or even approved by Americans. Unconscious bias defies the best intentions of physicians, nurses and clinicians who dedicate their lives to a caring profession,” the report states.

Sheila Talton puts it another way. The African-American CEO of Gray Matter Analytics, which builds data strategies for health care providers, Talton serves on the board of John Deere Construction & Forestry Co. She told The Leverage Network audience that metrics are about more than numbers. “In business, if you don’t measure it, it doesn’t get paid attention to. The metrics are about the performance of your organization and then tying that back to the leadership and the board representation.” In other words, diversity at the top is inextricably linked to how well you are serving your patient populations.

My view is that our national dialogue must be a candid, open conversation about race. Until we openly give voice to the problems of implicit bias, inequity of care and the impact of segregation on access to care, we won’t start to achieve meaningful change in healthcare disparities.

This has been a scary time in terms of race relations in America. Health care has led the way on other issues of social change. Perhaps this is the time for our field to play a key role in bridging the racial divide, with the ultimate goal of equality in access to quality health care for all Americans.

“Why Ending Disparities in Health Care Must Start at the Top.” http://www.hhnmag.com/ Jan 2017